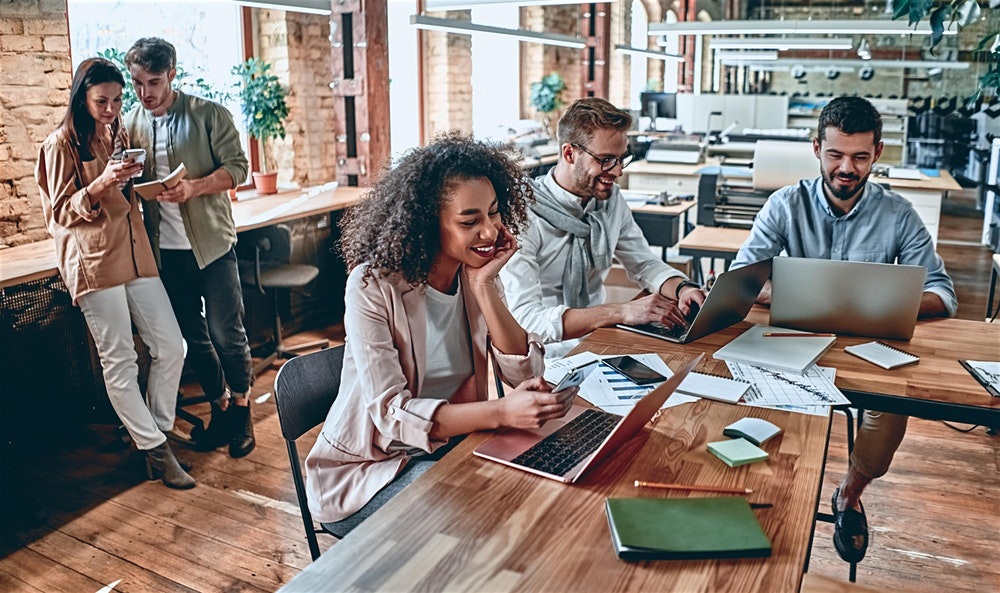 Who would’ve thought one of the most successful social media apps in the world would start its life in a coworking space. The creation of Instagram took about eight weeks in a space called DogPatch Labs in San Francisco. Mike Krieger and Kevin Systrom locked themselves in a conference room and eventually they came out with the idea for the photo-sharing app. Instagram eventually sold to Facebook for $1 billion.

Of course, you could come up with the next big app idea in a conference room in a traditional office space, but would these two have had the freedom to lock themselves in there, undisturbed by others? Probably not.

Another massively successful app that was born in a coworking space in San Francisco, this time it was a space called RocketSpace. Spotify is now the king of music streaming apps, with 248 million monthly active users, providing all of these users podcasts and music to their devices.

Uber was created in the same place as Spotify. As we all know, Uber has become a global giant as a transport service provider. Uber was originally a small team of 8 members, which is a great example of why small startups choose coworking; if they were to lease out their own office, they would have much less capital to invest into the app itself and perhaps Uber would never have been created. Today, Uber is one of the most popular transport service providers in the world and is now present in 80 countries.

It seems appropriate that a crowdfunding portal originated from a coworking space. So far, Indiegogo has raised over $1.5bn for the latest in innovative ideas, many of which will have themselves been created in coworking spaces.

In America, ZipRecruiter has become one of the most popular sites for recruitment, making job finding and recruitment a lot faster and smoother. Less time spent recruiting means a lot of savings for businesses. This site is very useful for large businesses or corporations who have migrated to coworking spaces with the goal of recruiting or partnering with new talent.

Beginning in a coworking space in Beijing, ofo is a bicycle sharing company that is a reflection of both business innovation and coworking as a concept expanding globally. The idea for ofo came from a cycling club at university, coworking spaces provided a viable space to launch this idea.

Ofo is all about encouraging an environmentally friendly approach to transport. Many coworking spaces are more sustainable than a traditional office space, with energy efficient technology, non-toxic paint and even bamboo floors. Coworkers choose coworking to serve a good cause environmentally, so it’s unsurprising an idea like ofo came from a coworking space.

Find Your Own Success

Coworking spaces hardly guarantee business success, but it’s hard to take the naysayers seriously when you look at the big names that have come out of one of these critical incubators. They give great ideas a real chance to flourish—some of the best business ideas in the world lay dormant for years in traditional office spaces, or unable to be shared by somebody stuck at home, remoting in. A coworking space simply provides a more productive and flexible working environment for many of the brightest new minds in a range of industries.

Most of the companies highlighted above worked in coworking spaces in America, namely San Francisco or LA. That’s simply because they tend to be a bit older, more mature and more established, and coworking’s initial boom was in the US. The great thing about coworking is that it has quickly been adopted internationally, providing work environments for businesses like ofo. Coworking spaces are now everywhere, currently we are seeing a lot of coworking spaces popping up in India. If you’re a freelancer, startup or even large business in India, we’d recommend looking at Zioks, one of the top coworking spaces in India.

How you can Be Effective When You Purchase Property

Brendan Faith - June 12, 2020 0
Along with many changes and new rules during the pandemic, also comes malpractice claims, even for a podiatrist. It is hard to believe, but the...

6 CNC Project Ideas: The Best DIY Projects for Your CNC...

Why Should You Pursue a Career in Health Administration

What Are the Best Author Box Plugins for WordPress?